The ear is divided into three parts; the external ear, middle ear and inner ear. Each part performs an important function in hearing and/or maintenance of balance. 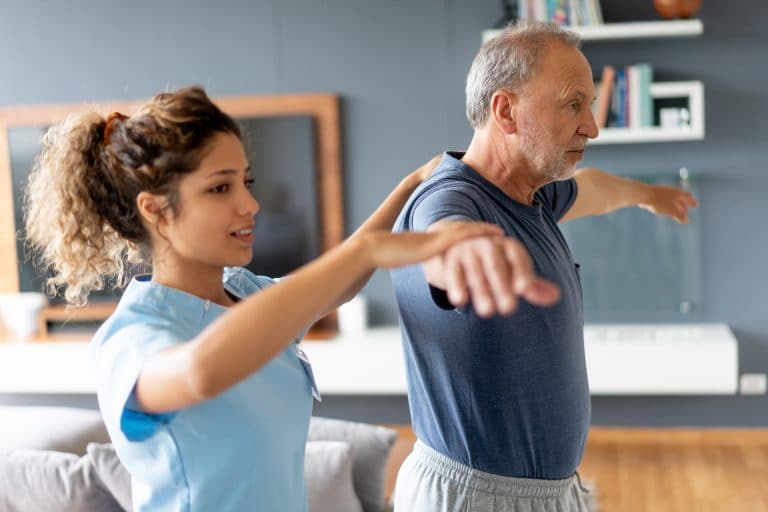 The inner ear (labyrinth) contains two fluid systems, one suspended inside the other, separated by a thin membrane. This system contains a delicately balanced fluid which bathes nerve endings responsible for hearing and balance. The nerve endings generate electrical impulses in the hearing center (cochlea) which are then transmitted through the hearing nerve to the brain where they are interpreted as sound. Movement of fluid in the balance portion of the inner ear (vestibule and semicircular canals) results in electrical impulses which are sent through the balance nerve to the brain where they are interpreted as motion. The inner ear senses posture, rotation, acceleration and deceleration.

Balance is the ability to maintain one’s equilibrium and is maintained by the interaction and coordination of sensory impulses received from the inner ear, visual system and proprioceptive system.

The inner ear, as discussed above, is a fluid system. Movement of fluid results in electrical impulses which are sent through the balance nerve to the brain where they are interpreted as motion.

Vision is responsible for giving accurate information about one’s surroundings. It is estimated that 90% of information received by the brain is through the eyes. If you look about and everything is vertical, you feel well. However, if you are in a fun house where everything is on a slant, you may feel dizzy even if you are standing still.

The proprioceptive system is made up of the muscles, joints and tendons in the arms and legs and is responsible for giving information to the brain regarding movement and body position. This system enables you to walk down steps without looking where to place your feet.

Dizziness is a symptom, not a disease. It is defined as a disorientation in space, a sense of unsteadiness, a feeling of movement within the head such as a swimming sensation, lightheadedness or a whirling sensation known as true vertigo.

Vertigo is a sensation of movement.

Dizziness can result from disturbances in the inner ear, brain, eyes, neck, muscles and joints, or a combination of these systems. Since the mechanism of maintaining balance is so complex, it is in many instances impossible to find out the exact cause of the dizziness.

You should seek medical attention if you have persistent dizziness, vertigo, unsteadiness or lightheadedness.