Hearing loss affects roughly one in five people in Portland. Hearing aids will improve the quality of life for a majority of them – but there are certain limitations. Trying to have an intimate conversation in a room full of people has long proved troublesome for hearing aid users. Researchers are working on a solution that relies on cutting-edge technology…and it’s showing great promise. 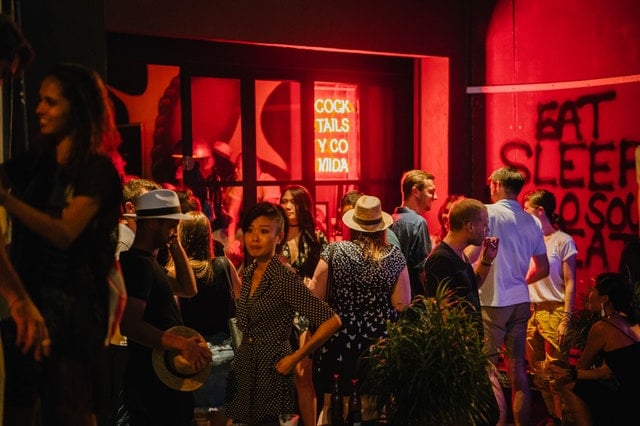 Traditional hearing aids amplify sounds to those with a hearing impairment are better able to follow conversations. The technology works pretty well in most situations, but when there are multiple speakers, problems arise. Current technology is unable to target individual speakers, so hearing aids boost the volume of everybody in the room – making it more difficult to follow along with a single person. This is known as the cocktail party effect, a condition that was first described in 1953. It refers to an inability of the brain to focus on one sound source (typically speech) while blocking out irrelevant sounds. Hearing aids cannot isolate speech from a sole speaker without knowing who the listener is focusing on.

A new technology called auditory attention decoding (AAD) might hold the key to overcoming this problem. Scientists are experimenting with this technology, which measures the brainwaves of the listener and compares them to nearby sound sources to find a potential match. If adapted to a hearing aid, it would allow the user to focus on a single person, boosting that signal to make it stand out more clearly over competing noises.

A Solution Will Take Time

There are still some details to be worked out before AAD becomes a viable technology for use in hearing aids. The biggest obstacle at the moment? The technology isn’t portable and requires an invasive surgical procedure. Still, given the brain’s keen ability to focus on a single person’s during a face-to-face conversation, scientists are optimistic a solution will one day be available, though that it’s probably still years away.

Tricia Ashby-Scabis, for one, is a believer. The director of audiology practices with the American Speech-Language-Hearing Association in Rockville, Maryland, says, “Artificial intelligence certainly sounds like a great option in terms of focused listening and setting precedence on which speaker the listener wants to hear.”

We’ll keep you posted on future developments involving auditory attention decoding. In the meantime, if you have any questions or concerns about hearing loss, speak to your audiologist in Portland today.